The Scholarship Gala, hosted in honor of the dedication, service, and excellence of its members, was held at the JW Marriot in Miami, on April 13, 2013.
HLA’s members include those in the legal field of Haitian or Haitian-American descent, as well as those who are not of Haitian decent, but have a vested interest in issues affecting the Haitian community.

Phenelus, who received special recognition at the Gala for her outstanding academic accomplishments, expressed gratitude and excitement about the one-time scholarship.

“Receiving the HLA Scholarship was a true honor, by itself,” said Phenelus. “Even more, receiving special recognition at the HLA Gala had me overwhelmed with excitement and emotion. This was a reminder that had my parents not emigrated from Haiti to the U.S., I would not have received such an honor, or be in a position to give back to my Haitian community.”

Julien, who was born in Haiti, expressed the importance of advocating for the legal rights of members of the Haitian community.

“When you come from a country as needy as Haiti, receiving the scholarship is a call for action, a reminder of how fortunate we are for having made it so far, and the necessity to work toward fixing the social ladder back home for those who have not been as fortunate as we are,” Julien said.

HLA’s President, Stephanie Ducheine-Welsh notes that the “scholarship recipients represent the future leaders who will be charged with the responsibility of staying connected to their past, while continuing the work that is not yet completed.”

After the Gala, FIU Law Assistant Dean Michele Anglade noted, “Our students and alumni are actively engaged with Haitian communities in Haiti and South Florida. Their work and continued contributions will have a positive impact on Haitian communities living locally and in Haiti.” 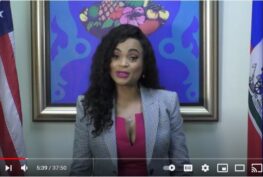 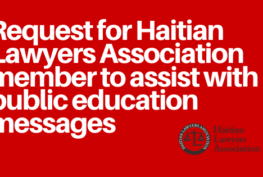 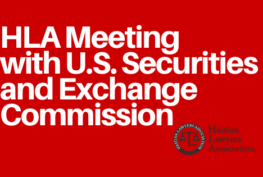 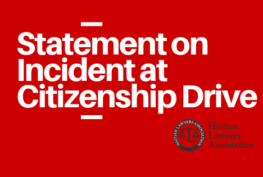