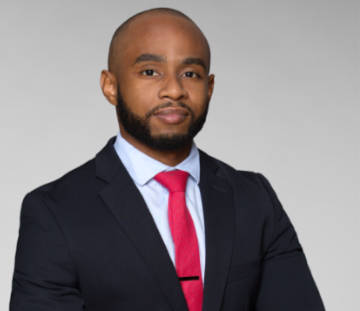 Frantz Destin Jr. represents individuals and companies in a wide array of complex litigation matters in both state and federal court.  Currently, his practice focuses on cases involving premises liability, products liability, medical malpractice, and wrongful death claims.  His experience encompasses handling and managing cases from the filing of initial pleadings through trial.

In the past, Mr. Destin has successfully represented clients in contract, employment, misappropriation of image, defamation, commercial and marine property, construction, and environmental cleanup disputes.  For example, he obtained a summary judgment on behalf of an insurer in a $1.5 million breach of contract case in the United States District Court for the Southern District of Florida.  He has also been involved in various appeals and briefed cases in Florida’s District Courts of Appeal.

Mr. Destin earned a Bachelor of Business Administration in Economics from the University of Georgia and a Juris Doctorate from the University of Miami School of Law.  As a law student, he interned with the Office of the United States Trustee.  He also served as a Certified Legal Intern in the Bankruptcy Court for the Southern District of Florida, where he represented debtors and creditors in bankruptcy proceedings.  He was awarded the Book Award and the Pro Bono Certificate for his work in the University of Miami’s Health Rights Clinic.