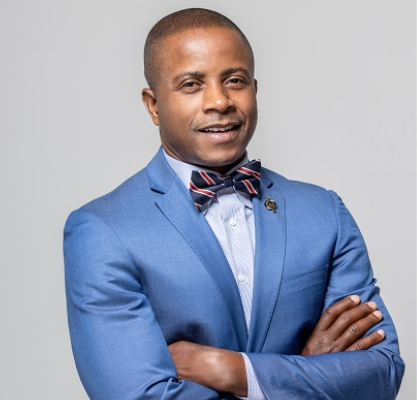 Mr. Pierre offers over 20 years of experience as a reputable attorney specializing in Criminal and Immigration Law at the Law Office of Andre D. Pierre, P.A. Mr. Pierre is an adjunct member of the faculty at Barry University, teaching Immigration and Nationalization Law, Real Estate Law and Business Organizations.  He has also lectured extensively throughout South Florida on criminal convictions and their immigration consequences.

Heavily involved in the community for many years, Mr. Pierre was elected Mayor for the City of North Miami, serving two consecutive terms.  He also has served on many of the city of North Miami advisory boards.  He has also been an active member of North Miami’s business community, having served on the executive board of the Greater North Miami Chamber of Commerce.  He was also elected Chairman of the Chamber’s Board from 2003-2005.

Mr. Pierre is also a political analyst and strategic consultant.  He has a television show with Island TV-Comcast Channel 578- where he delivers the most important breaking news and discusses hot topics related to politics, immigration, social justice and legal issues that affect the community.  Mr. Pierre is pivotal in keeping the community informed and well prepared to make educated decision.

Mr. Pierre is the former Vice President of the Haitian Lawyers Association.  He also served on the Board of Directors of the National Society of Black Engineers and served as a mentor for Big Brothers/Big Sisters of Greater Miami. Mr. Pierre also served on the City of Miami Civilian Investigative Panel Nominating Committee and the city of Miami Community Relations Board.

He was also selected by the United States, Secretary of State Hilary Clinton to represent the United States Government as a delegation member at the International Conference of World Cities and Regions for Haiti in Martinique, France.  Additionally, he was also appointed as a member of the National League of Cities’ (NLC) Council on Youth, Education, and Families.